The tour of a lifetime starts here. 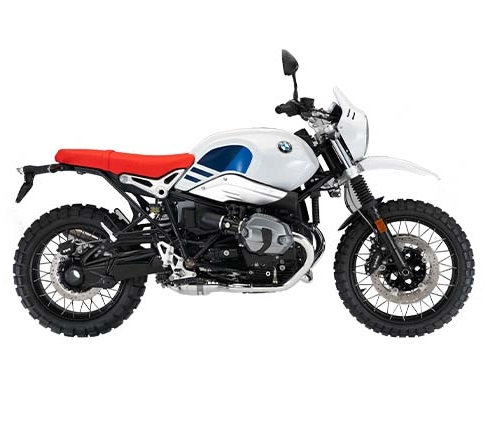 The destination is the detour, not the path. And if, at times, the ground is loose gravel, the R nineT Urban G/S will not fail to be in its element. Its design evokes the early G/S models, especially that of the legendary BMW R 80 G/S and thus the idea that anything is possible. The geometry with its relaxed upright sitting position, the balanced ride behaviour and the Boxer with its unmistakable sound challenge you right from the start: it's time to rewrite history with the R nineT Urban G/S - your history. Customized, individual and totally #Soufuel.

Looking back, but at the same time looking forward

It was impossible to miss the G/S look typical in the 1980s and the three colors of the R nineT Urban G/S evoke that period in an inimitable way.

Suitable for all environments

Cruising through power-packed city traffic or taking a spontaneous spin on a gravel road? The air/oil-cooled boxer engine goes along with your ideas and delivers driving pleasure in abundance. Its running behavior is balanced and full of impressive dynamics whenever you need it. The optimized torque curve guarantees dynamic power values between 4000 and 6000 rpm, exactly at the point where you can make the most spontaneous incursions. The maximum torque remains at 116 Nm at 6000 rpm and the Boxer naturally meets the requirements of the Euro 5 standard.

The R nineT Urban G/S convinces with its balanced handling. In the new Dirt Mode of the Pro driving modes, you can make the ASC or DTC control systems intervene significantly later for gravel surfaces away from the roads. And the adaptive cornering light ensures optimal illumination of the inside of the curve on gradients between 7° and 25°.

This Motorcycle is available at the following locations